Home » Where we are » Gastronomia

Gastronomy Calabrian food is a mirror of the Calabrian people and the influence of a rich history and domination of other civilizations. The Mediterranean cuisine, in particular, that of Calabria is declared to be one of the healthiest diets known to man today, according to numerous dieticians Calabrian cuisine can be found world wide. The unique elements which make Calabrian cuisine so notorious is that of red hot chillies which are used in almost all recipes, and that of extra-virgin olive oil which is a made selectively and with careful selecti on of olives from mature olive trees.Home-made pasta is also highly recognized in Calabrian cooking, and it can be presented in a different forms, fusilli, segne, taglierini, strangugliapreviti, rasartelli, maccaruni, and fileja.

The highly praised sauce to accompany these pastas is a tomato sauce cooked for several hours with pieces of parlc meat and often a mix of veal or a goat meat is added with regards to meat kid and goat meat are highly praised in Clabria. Salami, the transformation of pork into tasty and fantastic dried sausages is also highly praised in Calabria. The pigs are and raised according to traditional methods and pork obtained is used to make the famous Clabrian salami, such as ‘nduja’, capicollo, sausages and ham cheeses are also well-know especially mozzarella and “caciocavallo”.

From the mountains to the sea, the distance is short and thanks to rich sea life it is possible to taste a wide range of fish and seafood. Sword fish is a classical Clabrian fish that is caught in the waters along the coast between Bagnara and Palmi.

Another typical Calabrian dish is “stoccafisso”. Sweets and cakes are highly connected to religious celebrations such as Christmas and Easter are prepared along with honey-based nougats, with almonds and chocolate are very traditional Easter is celebrated with “sgute” cunduraci and cuzzupe. The vast variety of flora makes the province of Vibo Valentia one of the best areas in Italy for the Production of honey.One must not forget the excellent red wine( origin of production controlled), such as “Cirò” il Melissa ………..Among the white wines “zibibbo” is famous, made from small, sweet white grapes. 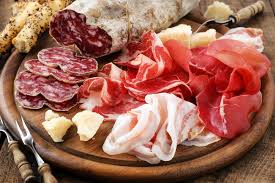 Share and Enjoy: These icons link to social bookmarking sites where readers can share and discover new web pages.